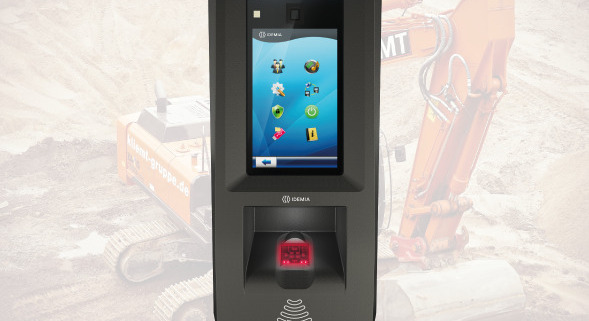 The Morphoaccess Sigma Extreme by IDEMIA is a versatile biometric reader made for highly demanding environments, such as manufacturing sites, mines, seaports, power plants, airports and sports arenas, among others. Due to high traffic and extreme conditions in these locations, there is a need to have a handy system that is not easily damaged and one that can be relied on.

The reader has the same features as other readers from this family but adds robustness to make it work in harsh conditions or areas where it is exposed to debris, dust, salt and moisture, among other items.

Sigma Extreme uses an IK09-rated cover that withstands strong impact and vandalism. It can withstand the impact of a 500g steel ball falling at a height of 2 meters. The cover is also rated IP65, meaning that it is impermeable to water and dust. Its cover is also resistant to weathering and UV rays.

The biometric reader uses a 3.8 mm thick tempered glass screen. Besides, the touchscreen is equipped with ambient light sensors that adjust illumination according to the environment. It also has a powerful loudspeaker that you can hear when using the reader, even in noisy environments.

Sigma has the largest fingerprint optical sensor on the market that is FBI PIC IQS certified. It works without fail in harsh environments.

The Idemia biometric sensor is screwed onto a back panel that is sealed tight to keep dust and moisture away. There are also fixed cable glands to protect the wiring. Besides, the entire unit is mounted on the wall with a thick metal plate and held together with six screws. It can withstand loads of about 50 kg either horizontally or vertically.

IDEMIA, a leading company in the biometrics market